Singer Jack announced as the first ever Larue brand ambassador

Ho Chi Minh City, 22 April 2021 – Larue Beer - a brand of HEINEKEN Vietnam - today announces singer Jack as the Brand Ambassador for its 2021 integrated campaign “Enjoy Larue Beer with Jack – Enjoy life now, not later”. This new campaign demonstrates what it means to embrace Larue Beer’s signature optimistic and positive spirit, which is living in the moment and enjoying what life has to offer now, not later. 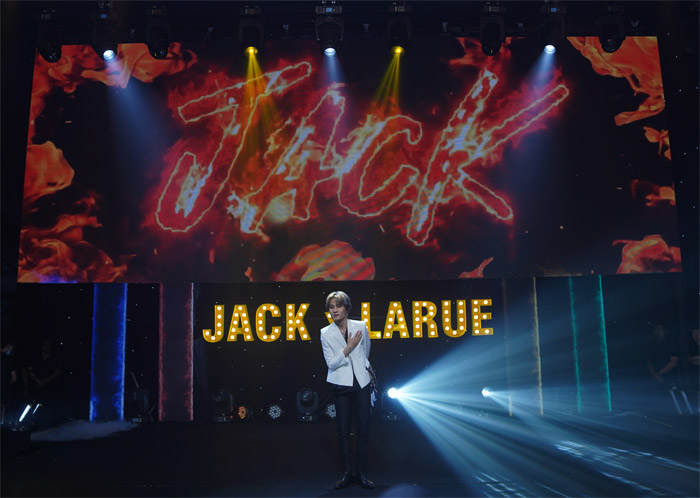 “LAYLALAY” - Jack’s latest music video – is his first project in the new role as Larue Beer’s Brand Ambassador. The music video, launched on Jack’s birthday on April 12, has already gained over 24 million views, breaking the singer’s own record, and becoming the #1 Trending video on YouTube after only six hours. This is the shortest time to hit Top 1 for a Jack's MV and it currently remains firmly in this position for 10 consecutive days. The audio track “LAYLALAY” is also one of the rare Vietnamese songs supported by Spotify in promoting to 9 music markets in Southeast Asia, Hong Kong, Korea and Taiwan. In the last three years, Jack’s music career has been celebrated with prestigious awards such as Lan Song Xanh, Zing Music, Mai Vang, and WeChoice. His influence has expanded beyond the borders of Vietnam with multiple international recognitions including Mnet Asia Music Awards (MAMA), MTV Europe Music Awards. Most recently, Jack was the first Vietnamese artist to win an Asian Television Award (ATA) in January 2021. 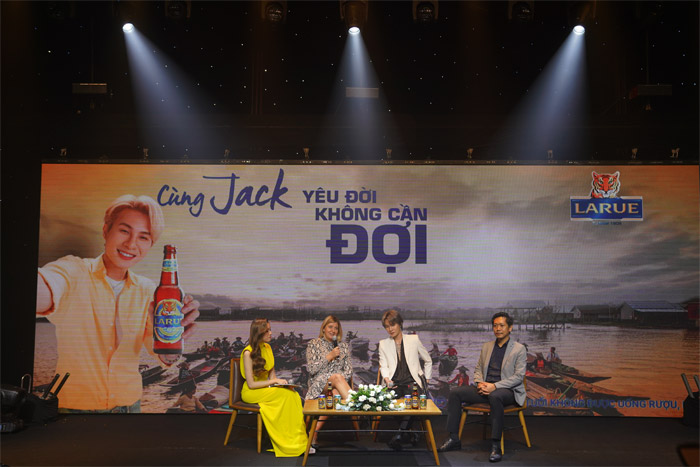 “I was born and raised in Ben Tre, where Larue Beer has long been the beer of choice for our people. As such, I am excited to become the Larue Beer Brand Ambassador for its 2021 campaign to spread the optimism and positivity that the brand stands for. As the brand ambassador, I hope consumers will join me and Larue Beer to “Enjoy life now, not later!”, said Jack at the press conference today.

Jack is the first Brand Ambassador of Larue Beer and will be featured across all marketing platforms of the brand, from online media channels to on-ground activation events across 20 cities and provinces, starting this April. 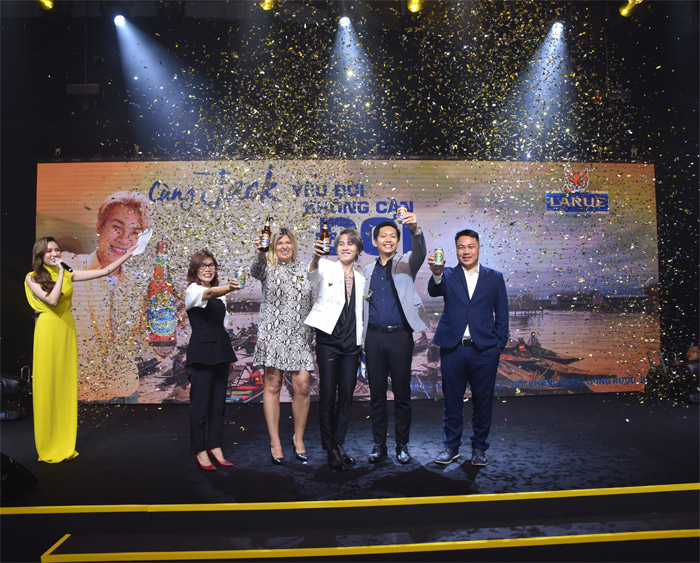 Ms. Anna Bizon, Marketing Director HEINEKEN Vietnam representing Larue Beer, shared, “Larue Beer has always been championing an optimistic and positive outlook on life, under any circumstances. This year, we will bring this mindset to the next level with the “Enjoy Larue Beer with Jack – Enjoy life now, not later” campaign. We believe that Jack is the perfect ambassador to inspire everybody to make every moment count as we admire Jack not only for his unique talent, but also for his uplifting and positive character.”

Larue Beer was first brewed in 1909 by a French master brewer named Victor Larue. At 4.2% ABV, this brew is the result of a recipe perfected over 100 years to give Larue its characteristic flavour of a traditional French beer. With its attractive color and refreshing aftertaste thanks to its fine ingredients and European brewing process, Larue has proven its quality since day one. In 2017, Larue Beer introduced its latest variant named Larue Special. At 4.6% ABV, Larue Special has the perfect balance between bitterness and sweetness, bringing a unique taste to its fans. Larue Beer has always been championing an optimistic and positive outlook on life, under any circumstances.

In 2017, 2018 and 2019, HEINEKEN Vietnam was recognized among the most sustainable companies in Vietnam by the Vietnam Chamber of Commerce and Industry (VCCI) and as a best place to work in Asia by HR Asia Magazine, one of Asia’s leading publications for HR professionals.