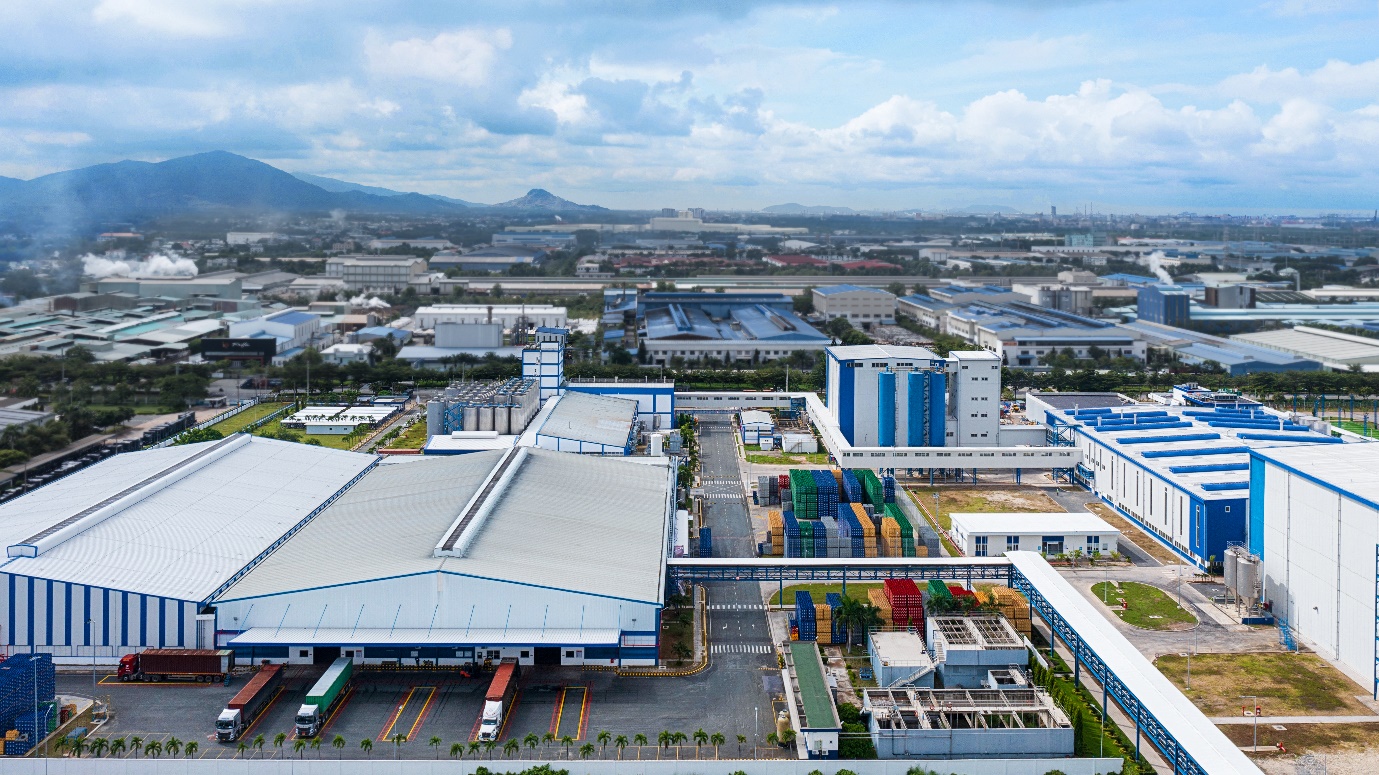 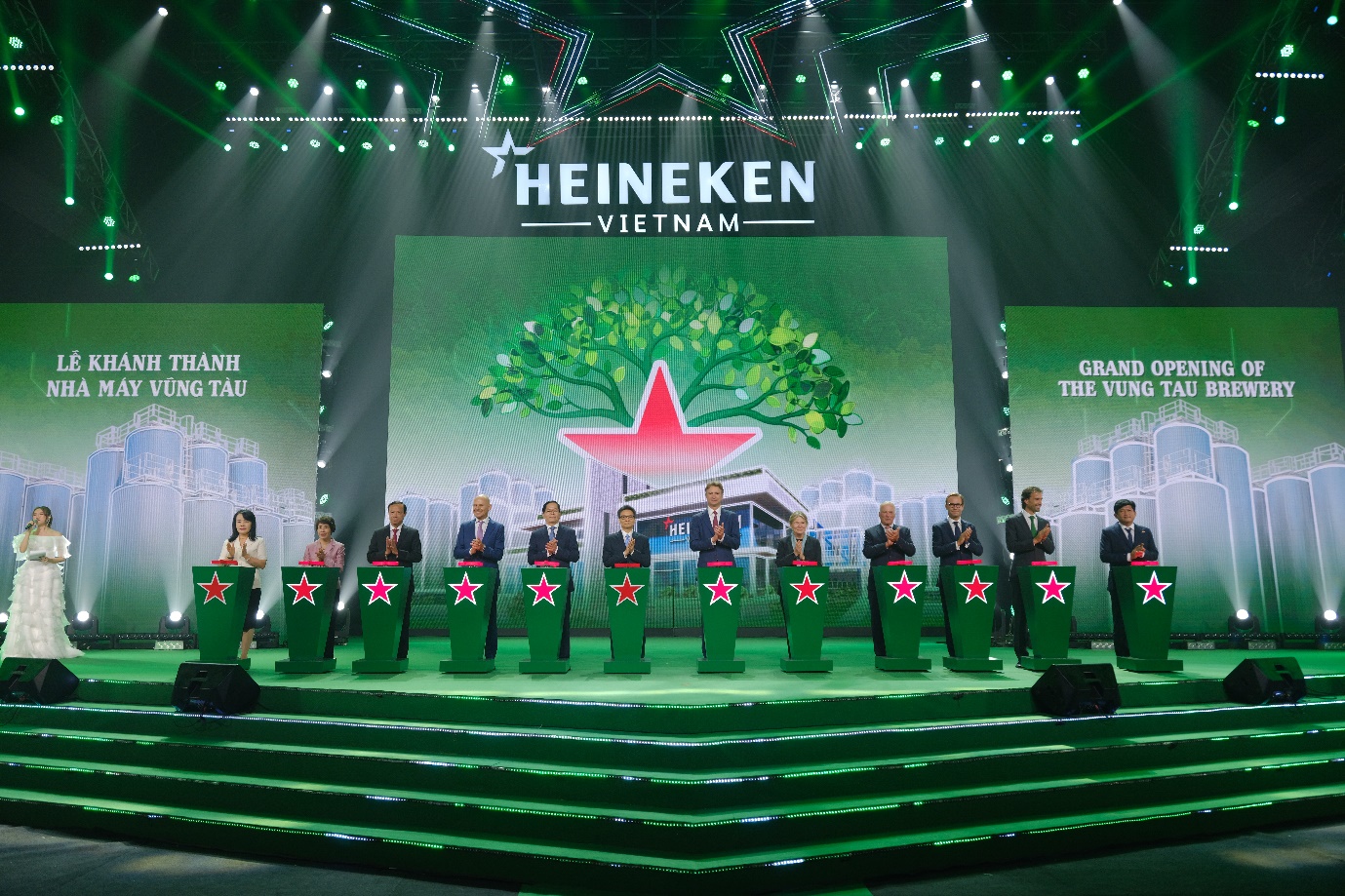 The brewery was legally acquired by HEINEKEN Vietnam in 2017 and has experienced multiple expansions, growing over 36 times bigger in capacity in the last 5 years to become the state-of-the-art, automated and sustainable brewery it is today.

Speaking at the Grand Opening, HEINEKEN CEO Mr. Dolf van den Brink said, “On behalf of HEINEKEN, I’d like to share how incredibly proud we are of the many teams and colleagues working on the Vung Tau 11 million hectolitre expansion and how deeply we thank all the authorities, suppliers, business partners and customers who stood shoulder to shoulder with us to bring it to life. The level of passion, the level of resilience, and the winning spirit are all unique to Vietnam.” 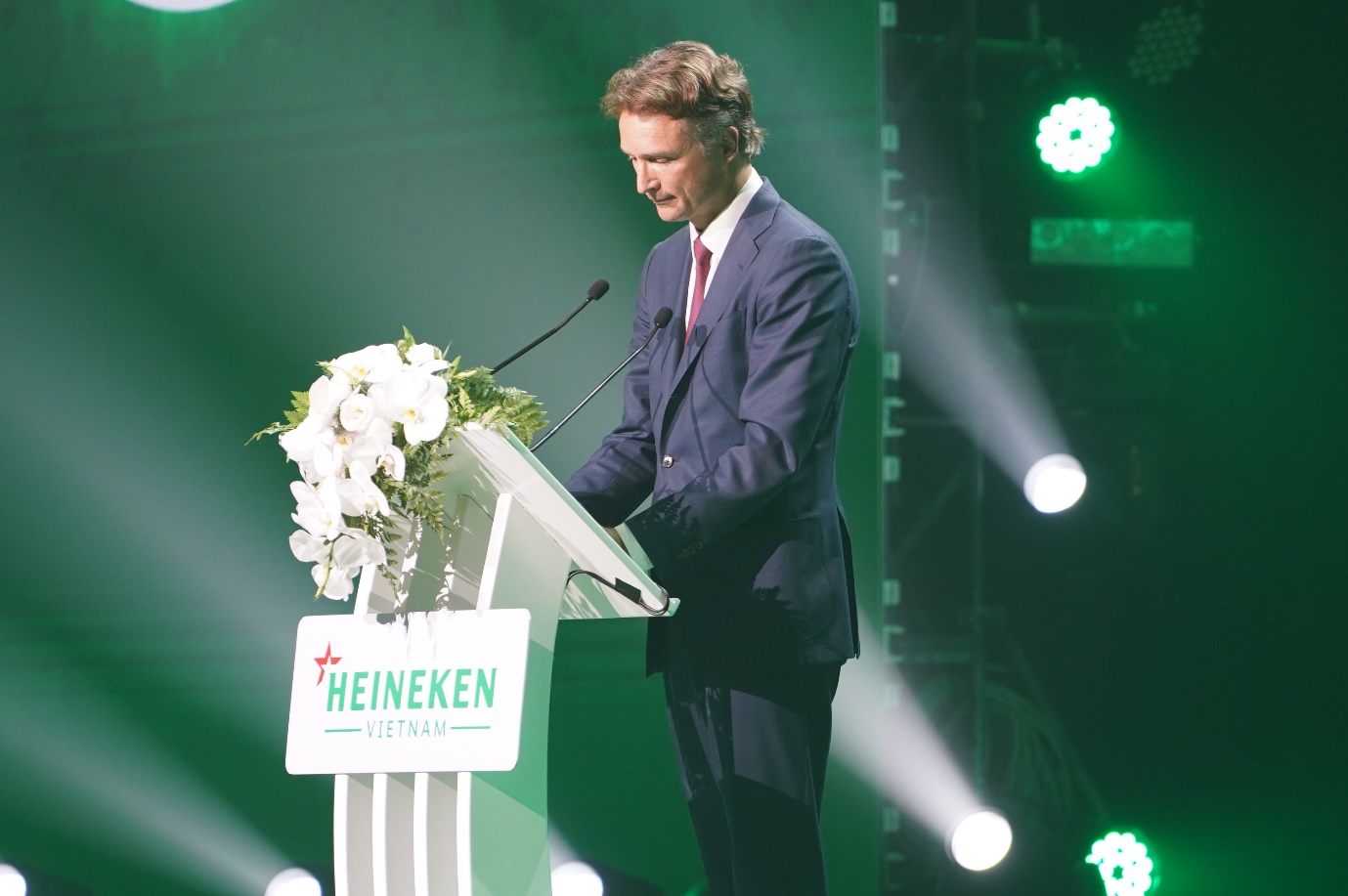 The Vung Tau brewery has automated to a large extent all its operations in the beer making process – from raw material delivery, brewing, filtration to delivery for packing – making it the most productive HEINEKEN brewery in the world. In the Packaging Hall, every two canning lines – each filling 130,000 cans an hour, are only manned by five technicians. The four high-speed canning lines in Vung Tau brewery, which can altogether fill 12 million cans a day, are among the fastest in all HEINEKEN breweries in the world. 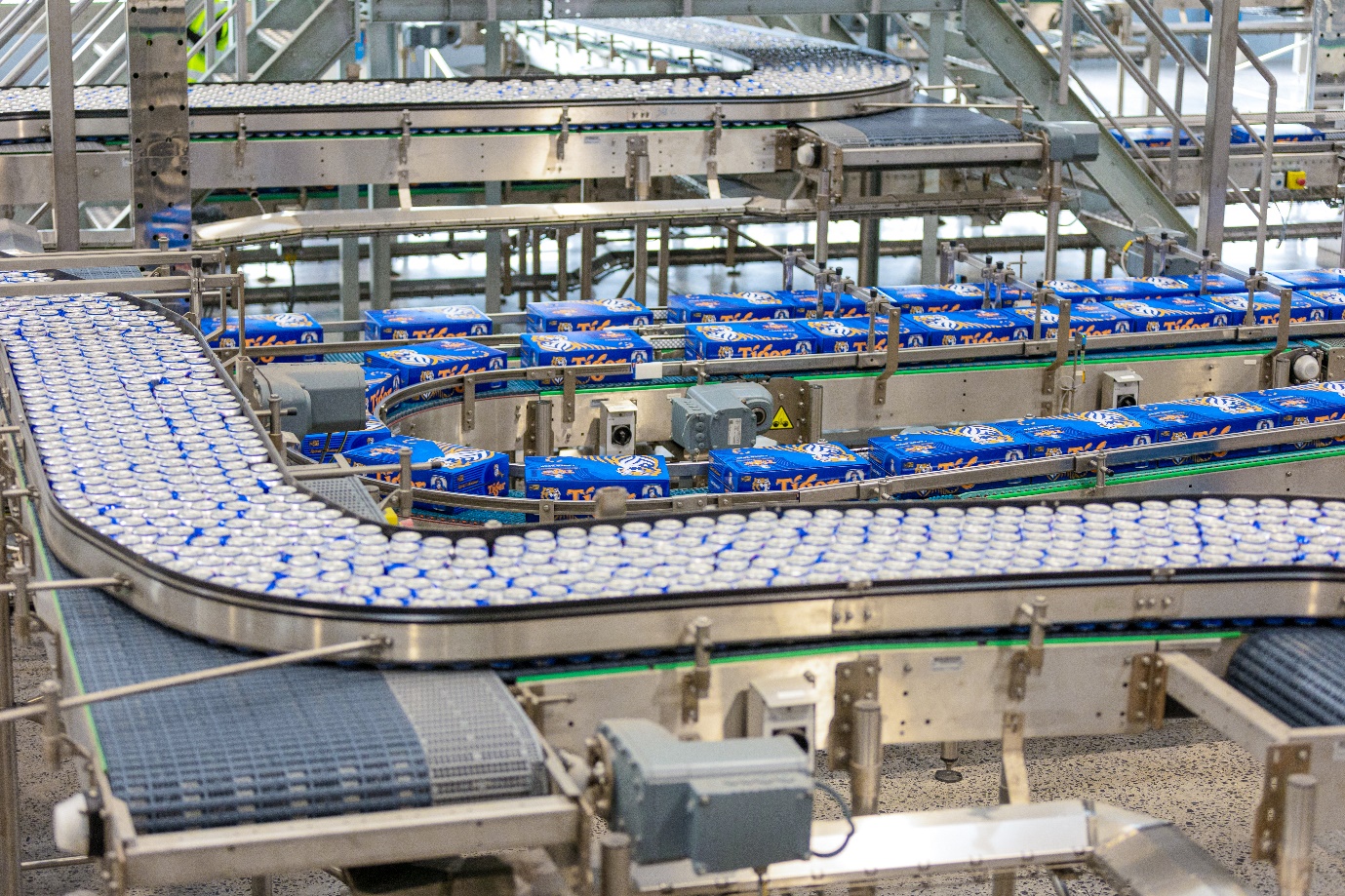 The brewery is also considered the innovation hub for HEINEKEN Vietnam. Since acquisition, it has produced 7 new products in Vietnam. Vung Tau brewery is home of some of our latest innovations, including Strongbow cider, Tiger Platinum, Edelweiss and Heineken® 0.0.

Vung Tau brewery is built with a clear green vision. The brewery covers an area of 40 hectares, of which over 10 hectares (27%) has been planned for gardens and green spaces. The Brewery enjoys a natural lighting and ventilation solution. With 615 transparent domes installed on top of buildings, natural light and fresh air are allowed to come into the brewery and help reduce total energy consumption. Since acquisition, the brewery has cut energy consumption by almost a half (48%) on a per hectolitre basis. Currently, 97% of the demand for thermal energy comes from a biomass plant just across the street in My Xuan Industrial Zone. Towards the future, and in line with HEINEKEN Vietnam’s 2025 Sustainability Ambition, the brewery has in place an aspiring plan for renewable electricity implementation.

Vung Tau is also the most water efficient of all HEINEKEN breweries in Asia Pacific. It is taking the brewery only 2.32 liters of water to make one liter of beer (including the water going into the beer). After the brewing process, wastewater at Vung Tau brewery is treated to grade A standard, and 8% of the water is reclaimed and used for cleaning purposes in the brewery. Circularity is not only applied with water in Vung Tau brewery – in fact, all waste and by-products are going back into a supply chain – through reusing, recycling and up-cycling. The brewery is sending zero waste to landfill. 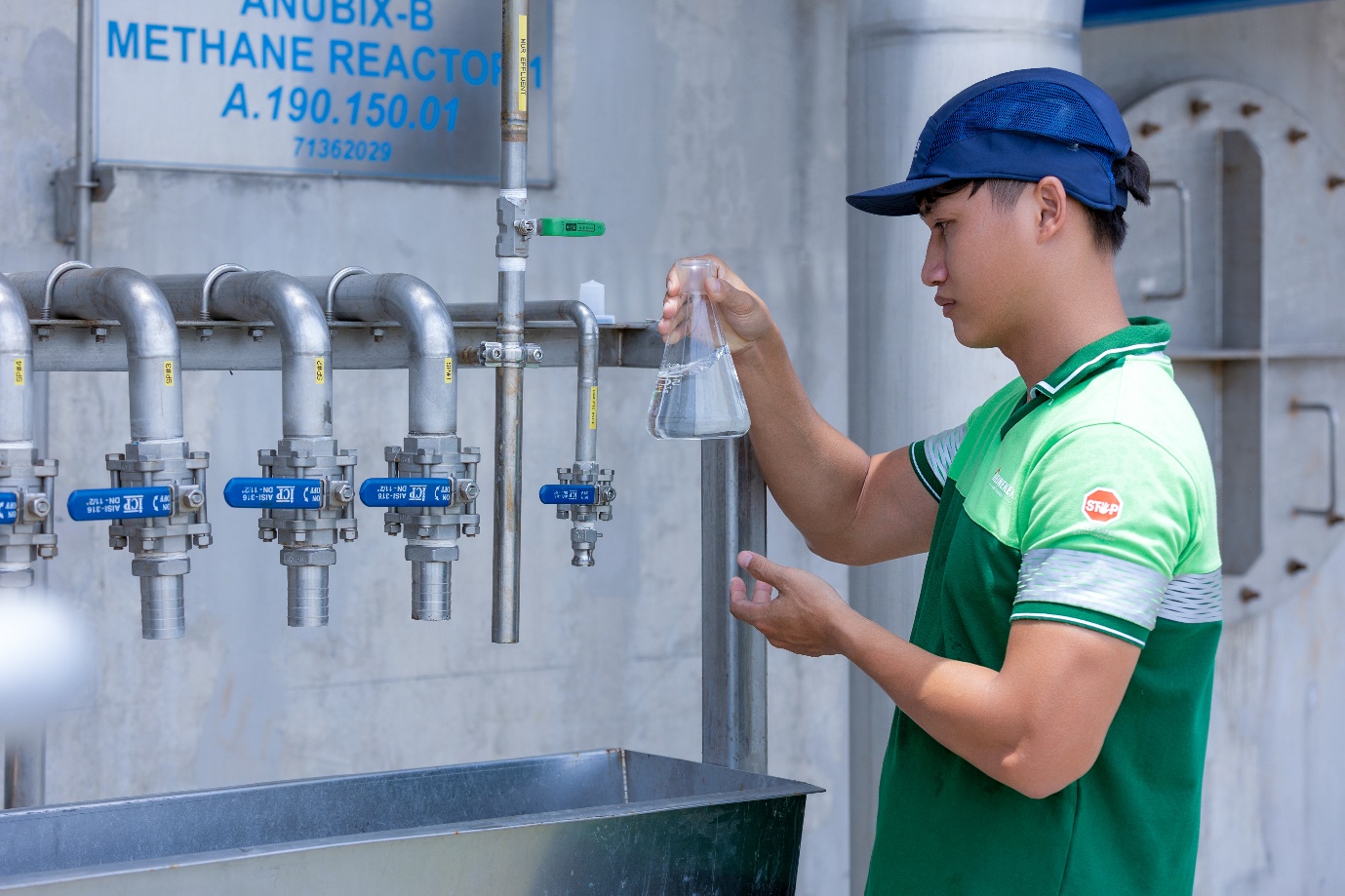 Growing with the local community

Over the last 5 years, HEINEKEN Vietnam Vung Tau Brewery has formed a business eco-system with more than 46 companies in and around My Xuan, and indirectly supporting more than 200 jobs locally outside the brewery walls. During the peak of its expansion, the brewery created approximately 1,000 jobs ranging from design and construction, to engineering and gardening. The brewery is also among the top 3 budget contributors through taxes in Ba Ria - Vung Tau Province and plays an active role in building a greener and stronger local community.

Speaking at the Grand Opening of HEINEKEN Vietnam Vung Tau Brewery today, Mr. Vu Duc Dam. Vietnam Deputy Prime Minister highlighted, “As one of the first FDI businesses in Vietnam, HEINEKEN Vietnam is also considered one of the most successful to date. The company, with 6 breweries across Vietnam, consistently comes among the top contributors to the state budget and is one of the leaders in sustainability – with an ambitious vision for net zero, an equitable world and responsible drinking.” 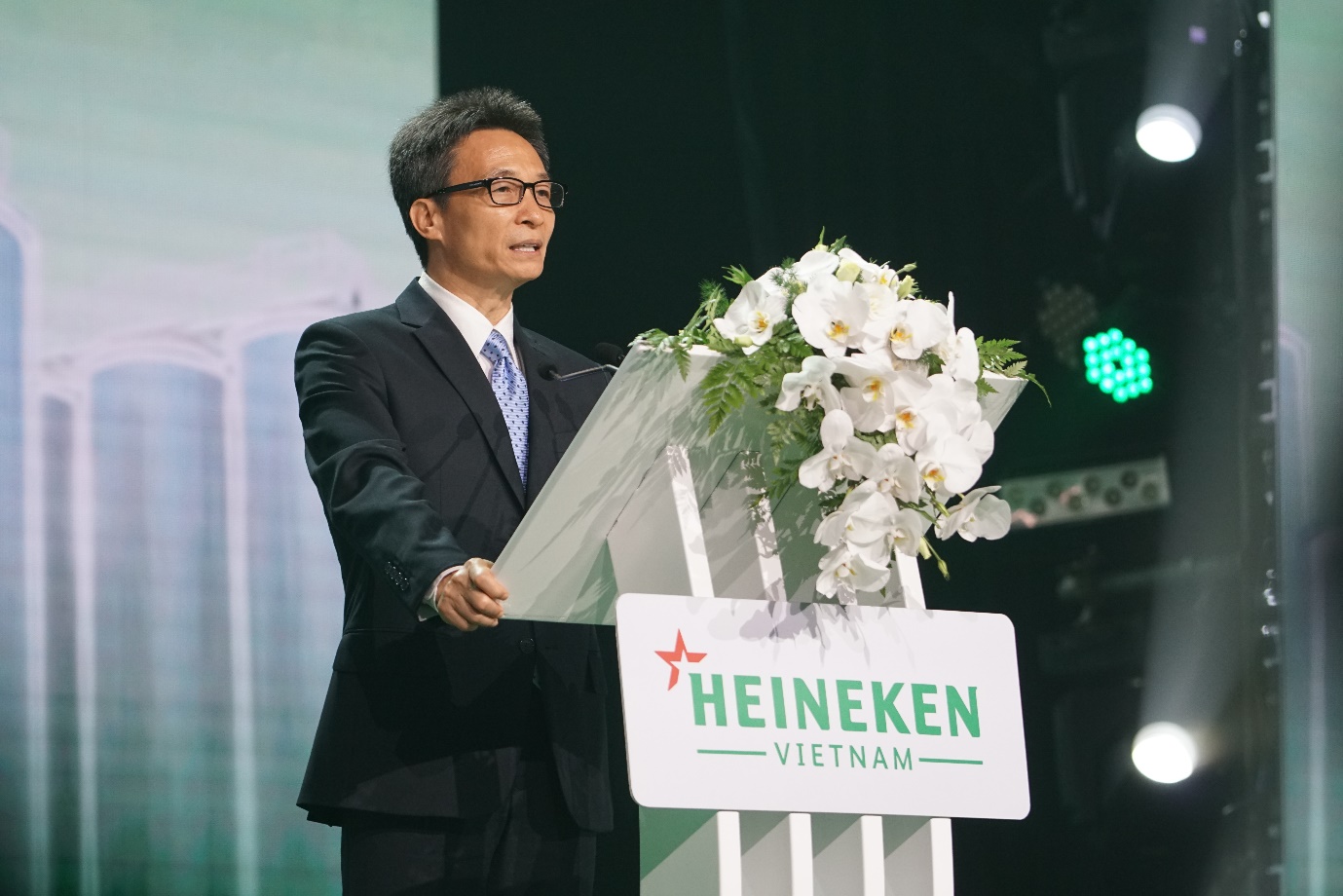 “HEINEKEN Vietnam Vung Tau brewery is an exemplary FDI business in Ba Ria Vung Tau, as the ripple effect of this project is not only felt in and around My Xuan. The brewery and the business eco-system it creates have become a strong selling point for us as we continue to promote Ba Ria Vung Tau as an attractive FDI destination,” added Mr. Nguyen Van Tho, Ba Ria Vung Tau People’s Committee Chairman.

Addressing Mr. Vu Duc Dam, Mr. Pham Viet Thanh, Mr. Nguyen Van Tho and the audience at the Grand Opening, Mr. Dolf van den Brink, HEINEKEN CEO expressed his gratitude, to the central and local government for the support extended to the company, emphasising“The strong growth of HEINEKEN Vietnam could only have been possible thanks to the progressive investment climate that the Vietnamese Government has cultivated since the early 1990s,” and reiterating HEINEKEN’s commitment “to growing together with Vietnam in the next chapter of productive, innovative and sustainable development.”

Mr. Alexander Koch, HEINEKEN Vietnam Managing Director praised the different teams and partners who have been working passionately to build Vung Tau into a modern and green brewery today, stating “the Grand Opening of the brewery today is just the beginning – as we continue to have bold plans for Vung Tau, including running the brewery fully on renewable energy, becoming the most water efficient brewery in the world, while staying part of and growing with the local community.”