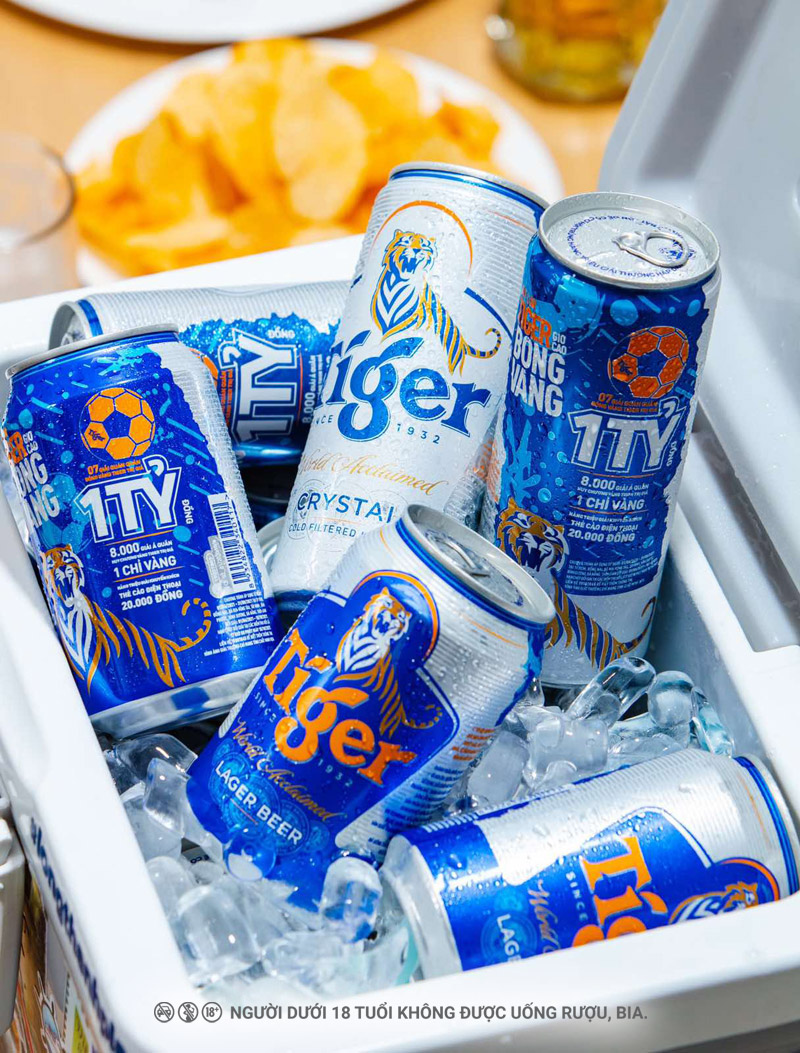 Starting during the FIFA World Cup 2022 Qualification and UEFA Euro 2020 Finals, Tiger Beer will offer Vietnamese football fans with valuable prizes including seven Tiger golden ball valued at VND one billion dongs each; 8,000 gold Tiger medals valued at one mace of SJC gold each, and millions of phone cards (valued at VND 20.000 dongs each). Consumers will have the opportunity to win one of these prizes when purchasing the limited-edition Tiger and Tiger Crystal cans available in the abovementioned cities and provinces from now until August 31, 2021. 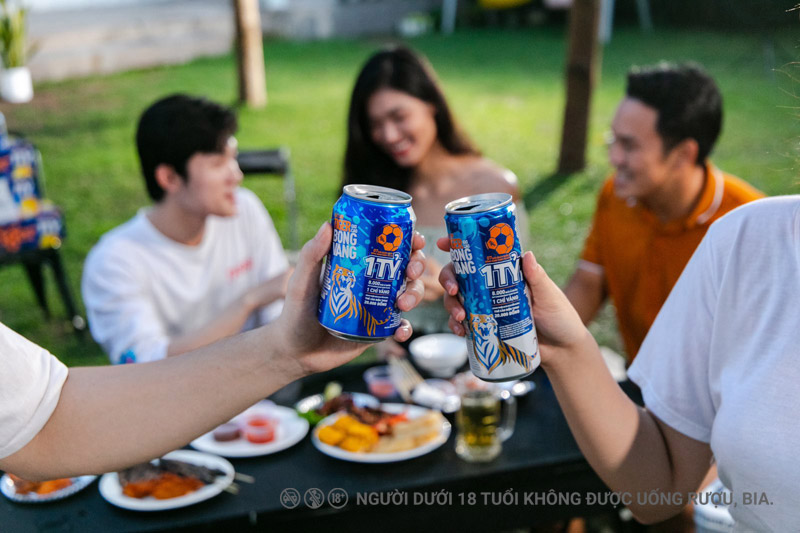 The promotion prizes include seven Tiger golden ball valued at VND one billion dongs each; 8,000 gold Tiger medals valued at one mace of SJC gold each, and millions of phone cards (valued at VND 20.000 dongs each).

The first and second prizes (Tiger golden balls and gold medals) can be redeemed at Tiger Beer offices in Ho Chi Minh City, Da Nang, and Ba Ria - Vung Tau. Third prize winners can redeem their phone card prizes at Tiger Beer's redemption points at the abovementioned seven cities and provinces. This promotion is only applicable for consumers from 18 years old and above. Redemption period will take place from now until 17:00 on October 15, 2021. 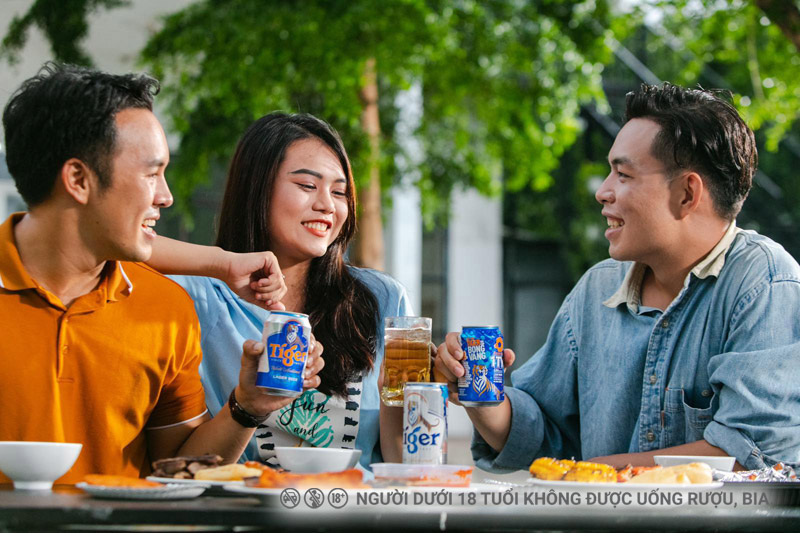 Due to the pandemic, consumers tend to enjoy their meals at home.

The limited-edition Tiger and Tiger Crystal cans launched as part of this promotion campaign come with a distinctive look while keeping the same bold taste of Tiger Beer. For more information, please contact the promotion’s consumer service number at 19001845, or visit Tiger Beer’s official Facebook Fanpage at http://www.facebook.com/TigerBeerVN

Tiger®, born in Singapore in 1932, is the number one international premium beer from Asia and one of the world’s fastest-growing beer brands. It is available in more than 50 markets around the world. Defying the odds to create the ultimate brew, a perfect balance between bold and refreshing, Tiger® has been uncaging new ways to take refreshment to the next level and make the impossible possible for decades. No stranger to turning adversity into opportunity, Tiger® has rallied support for local communities and uncaged unexpected possibilities for them, from the recent #SupportOurStreets initiative to Tiger Street Food, while continuing to champion raw talents around the world. For more information, please visit https://www.facebook.com/TigerBeerVN