Tiger Beer inspires its drinkers to make an impact, one bottle at a time 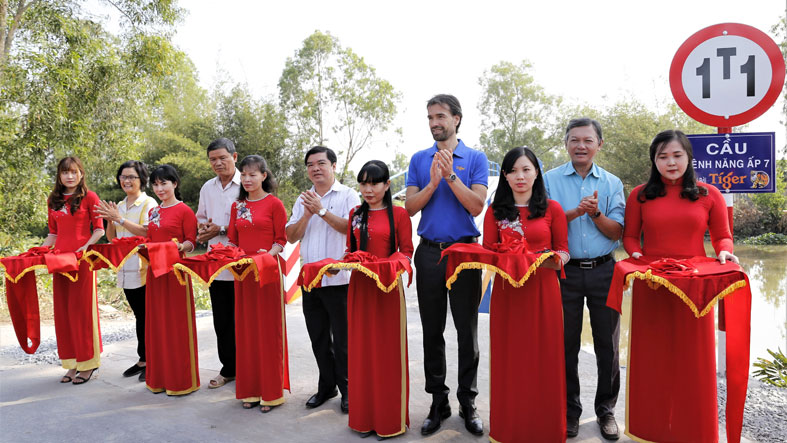 Tiger launched this innovative project three months ago in Tien Giang province. 70 participating Tiger outlets collected a total of over 520,000 caps, equivalent to over 1 ton of caps. These caps were donated by Tiger drinkers and outlet staff then transferred to Tiger’s recycling partner - My Nga Environmental Services Company, a reputable company licensed by the Ministry of Natural Resources and Environment with 15 years of experience in recycling business. At the recycling factory, these caps were processed at low temporatures to prevent harmful emissions to the environment and mixed with other materials to create raw iron used for building the bridge.

As Asia’s No. 1 international premium beer, Tiger leads the way in bringing world-class experiences and promoting responsible consumption to Vietnamese youth. Tiger has inspired millions of Vietnamese consumers to uncage their courage, seize the moment and turn possibilities into actions.

Understanding that Tiger consumers always seek out new experiences and bold ideas, Tiger beer constantly strives to be part of unique moments that represent originality and authenticity. Tiger has previously been involved in global innovative environmental campaigns such as AirInk, where an innovative prototype was launched which turned harmful car and motorbike emmissions into ink that was used in beautiful murals and artworks. Now, for the first time ever, Tiger beer inspires its drinkers to make a postive impact on the local community by recyling bottle caps into something meaningful for the local community. The idea behind this project is bold yet simple: by donating Tiger bottle caps, consumers can support Tiger’s recycling effort to reduce waste and, at the same time, improve vital infrastructure for the local community.

“On behalf of the local community in Tien Giang, we thank Tiger Beer for building a new bridge at Hamlet 7. I highly appreciate this project which helps raise public awareness on environmental protection and recycling. The new bridge will also make the daily commute much less challenging for local people here in Tien Giang. We hope that the local community and Tiger consumers across Vietnam will continue to support this project by recycling bottle caps so we can build more bridges in remote areas in the time to come,” said Mr. Nguyen Thanh Hai – Deputy Head of National Assembly Delegation in Tien Giang province. 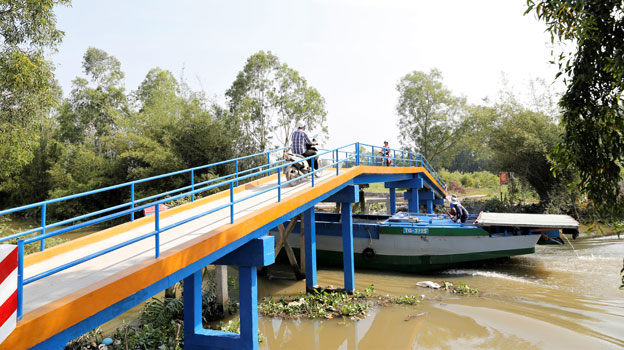 As a premium beer brand of HEINEKEN Vietnam, the most sustainable company in Vietnam for the second consecutive year, this Tiger campaign further enhance HEINEKEN Vietnam’s recycling effort on its journey of Brewing a Better Vietnam. In 2017, HEINEKEN Vietnam created virtually zero waste that went to landfill with 99.01% of its input materials being re-used or recycled, with less than 1% lost or sent to landfill.

“We are very proud to work with the local community to transform Tiger bottle caps into a bridge that will help improve the living condition of the people in Tien Giang province. Almost all of our packaging is already reused or recycled but bottle caps often end up as waste due to their small size. We wanted to do something about this to reduce litter and waste but also turn them into something much more useful – a bridge! We’re thrilled to see the strong response of consumers in Tien Giang to this campaign where it is clear they have jumped at the opportunity to support the local community by choosing Tiger Beer and recycling the bottle caps. This would also not have been possible without the significant support of the local authorities, our outlet network and our own employees who really got behind the campaign. In fact it has been so succesful that we are going to take it further and recycle more caps to protect the environment,” said Mr. Alexander Koch, HEINEKEN Vietnam Commercial Director: “Consumers increasingly want more than just a great product – they want to contribute to or be part of something more meaningful. Our aspiration is to inspire and enable Tiger drinkers to make an impact, one bold idea at a time.”

Following the success of the project in Tien Giang, going forward, this campaign will expand across Vietnam with An Giang province as the next destination and more bridges to be built nation-wide.

HEINEKEN Vietnam was established in 1991 and operates six breweries and nine sales offices across Vietnam.

In 2017 and 2018, HEINEKEN Vietnam was recognized as the most sustainable company in Vietnam by the Vietnam Chamber of Commerce and Industry (VCCI) based on the annual Corporate Sustainability Index.