An Giang Province, September 04, 2019 – As Asia’s leading international premium beer, Tiger Beer has inspired millions of Vietnamese consumers to uncage their courage, seize the moment, and turn possibilities into actions.

The uncage moment is bold yet simple. This time, it starts with the Tiger bottle caps. Unlike bottles or cans, which are collected and recycled, most bottle caps often end up as waste due to their small size. This innovative project helps tackle the current end-of-life cycle of bottle caps that can often end up in landfill. Thanks to Tiger Beer’s initiative, caps are now being collected by consumers at Tiger Beer outlets and recycled into raw materials to build a bridge for the local community.

Today, Tiger Beer inaugurated a new bridge made from bottle caps, located in Hoa Binh Canal, Phu Thanh Commune, Phu Tan District, An Giang Province. This 44-meter long, four-meter wide bridge will connect the main route from the Phu Vinh Commune to the Phu Xuan Commune, in An Giang province. This bridge will benefit up to 2,300 households in this area by opening an entirely new passage that did not exist before and accommodating up to five tons of weight.

“The two bamboo bridges that we currently have are so weak that we cannot ride even a bicycle or motorbike on them especially when we need to carry heavy goods or are in an emergency. It’s amazing how something as small as bottle caps can be recycled into this new bridge which will make our daily commute become safer and much less challenging,” said Mr. Do Thanh Van, a local resident in Phu Thanh Commune. 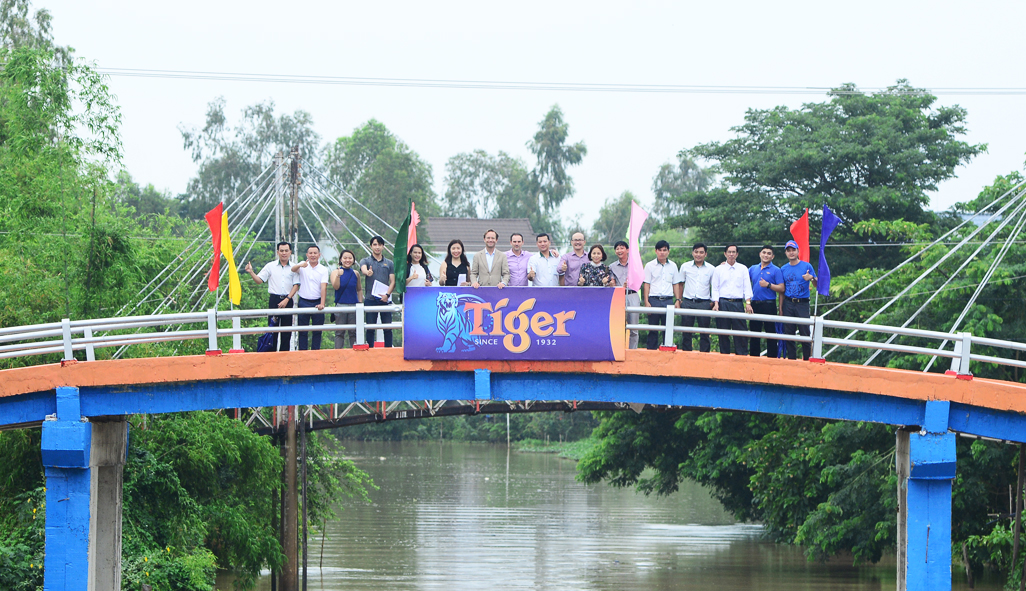 This is the second bridge that Tiger Beer’s has made from bottle caps, completed only eight months after the first bridge was inaugurated in Tien Giang Province. This time, the project has doubled in scale with twice the amount of participating outlets and caps collected.

After three months, more than 200 participating outlets collected over 940,000 caps, equivalent to two tons of caps. At the recycling facility, these caps were processed at low temperatures to prevent harmful emissions to the environment and mixed with other materials to create raw iron in order to build the bridge.

“I highly appreciate the active participation of Tiger Beer in improving public infrastructure for the local community in Phu Tan District, An Giang Province. The new bridge will improve the living conditions of over 2,300 households in this area. In addition, this innovative project also helps raise public awareness on environmental protection and recycling. I look forward to seeing more bridges be built across Vietnam,” said Mr. Duong Van Cuong, Chairman of Phu Tan District People’s Committee. 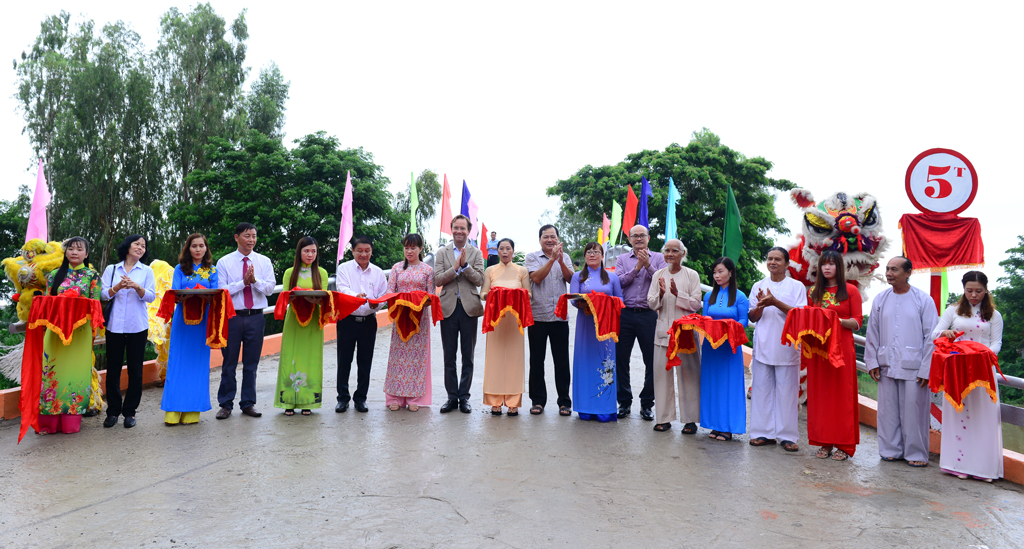 Tiger Beer is a premium beer brand of HEINEKEN Vietnam, which has been recognized by the Vietnam Chamber of Commerce and Industry (VCCI) as the most sustainable company in Vietnam in 2017 and 2018. At a recent workshop organized by VCCI and the Ministry of Natural Resources and Environment last July, this project was recognised as a prime example of applying circular economy thinking - in which waste is turned into new value for the larger community.

“We are very proud to be able to build a second bridge made from recycled bottle caps. Once again, this bold idea has been turned into a reality thanks to the significant support of the local authorities, our consumers, our outlets and our own employees,” said Mr. Alexander Koch, HEINEKEN Vietnam Commercial Director, “Consumers want to be part of something meaningful. We feel honored that they chose to join us and contributed to building a bridge in An Giang Province. We are already working in the next bridge which we hope to complete this upcoming January and we look forward to further expanding this project in 2020.”